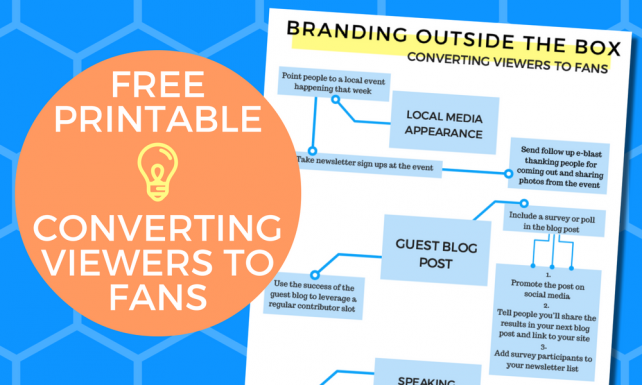 Lots of people talk about the importance of building a platform when it comes to a personal brand, but I find there are a lot of different definitions of what a platform actually is. Your platform is more than a website, media appearances, or your speaking career. Those things help establish your brand and expand your name recognition, but platform is about an audience and their ability to take action.

This distinction was clarified for me somewhat recently. We were consulting with one of our clients about his next project. He had received tons of media attention for his last book, including national TV appearances, and we were sure this would be enough to leverage a bigger deal for the next book. I spoke to one of my wise and experienced agent contacts about the project and she said, “He doesn’t have a platform.” What was she talking about? He had national media coverage, not to mention dozens of local and online media interviews. He had been a featured speaker at multitudes of events around the country. He had readers from around the world. What more was she looking for?

She made the astute observation that while all these amazing things were happening, after the media and events occurred, that was it. There wasn’t any more engagement from or with the audience. He didn’t have a blog, a newsletter, or even a Twitter account. He had a website that hadn’t been updated in a while and a personal Facebook profile which, while vibrant and active, didn’t have the kind of numbers needed to move the needle.

Audience is a key ingredient in establishing your platform, and that audience can take many forms. For some of our clients, their biggest platform is their newsletter list. For others, it’s Tumblr. Some have a hometown following that will rally a crowd for events, others have an online community that will help spread the word. The strongest component of your platform will depend on who your target audience is and where they get their information. Much of it will happen organically.

When it comes to building a platform, media coverage and speaking gigs are still important. But what’s more important, is what happens after those media appearances. Do people sign up for your mailing list? Do they come out to an event? Do you parlay that media appearance into a regular contributor position? What can you do to engage your new audience and establish a platform? How can you keep the conversation going with your clients, your readers, your audience?

Not sure? Click below to download a handy-dandy worksheet that will show you how to leverage media appearances and speaking gigs into a platform.

Social media followers alone don’t equal a platform. Neither does a lucrative speaking career or high profile media appearances. What’s important is how you integrate all these components to create an engaged audience that will take action on your behalf.

Need an example? Let’s go with the biggest, most obvious one: Oprah. Oprah didn’t just host a talk show; she created a rabid, loyal following. Her audience was engaging with her off the air through her book club picks, favorite things, O Magazine, and Oprah.com. Her fans would follow her wherever she went, which is why she’s a sought after spokesperson. Sure, having a TV show certainly helps with platform building, but having a TV show isn’t enough on its own to build a platform. You need to connect with your audience in between shows as well.

Know someone else who has built a successful platform? Feel free to share their info in the comments. And don’t be shy about tooting your own horn 😉 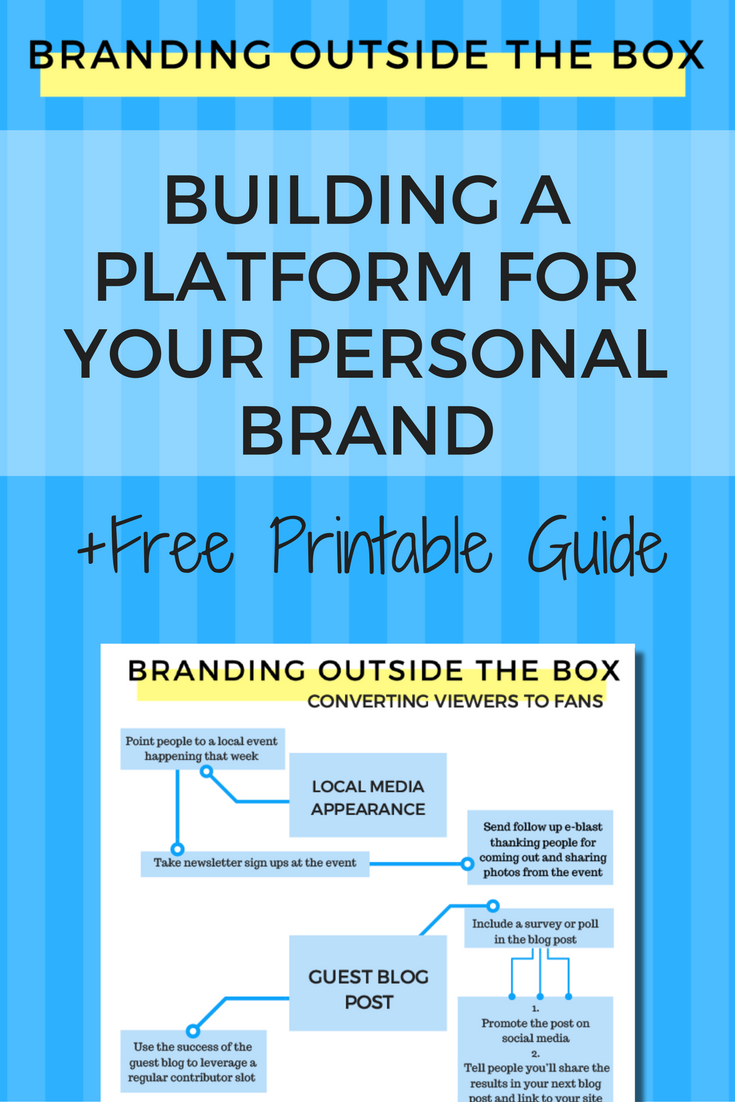