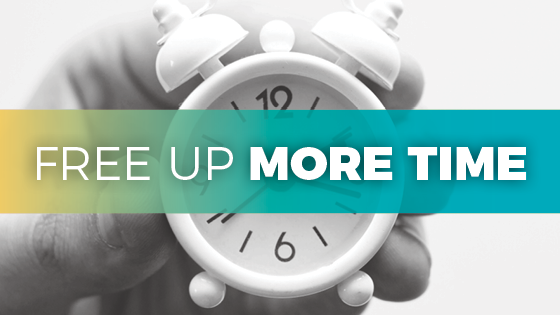 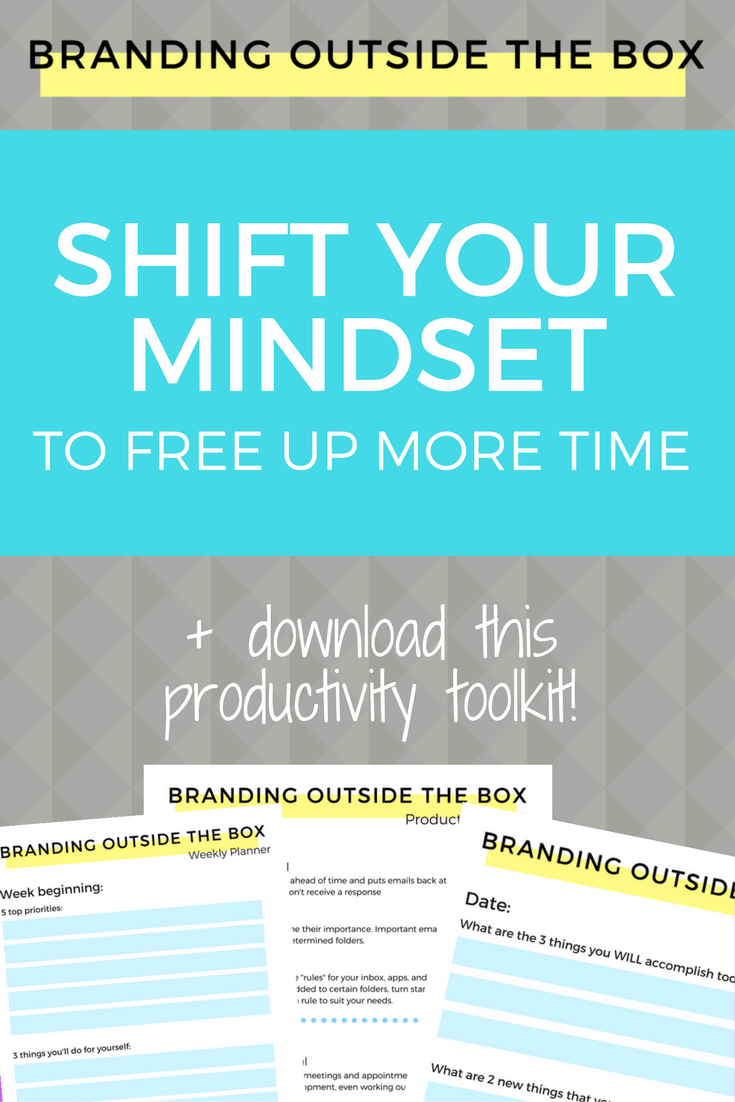 In a recent newsletter, I polled many of you asking what stopped you from signing up for the latest course offering. About 65 percent of you responded in the same way…

I don’t have time right now.

Time is one of the biggest challenges facing those of us who are trying to advance our careers. People who are happy where they are – they don’t want a promotion; they’re not working a side hustle – aren’t challenged by time in the same way we are. They are working with what they have, while we’re trying to take on more responsibilities, launch additional products, and grow our networks. We want more, and yet, we only have the same 24 hours as everyone else.

In my productivity series, I addressed the nuts and bolts changes you can make to gain more time back in your day. But there’s another change you need to make: a shift in mindset.

Before I became a parent, I worked until the work was done. Sometimes I left the office at 5pm, but more often than not, I stuck around until 6pm or 7pm. I could take as long as I needed to get everything done. When my son was born, the freedom to work as needed disappeared. Our nanny had strict hours, she wouldn’t stick around waiting for me to get everything done. Whatever was completed at 5pm was what was done for the day. Yes, I could have hopped back on at night to clear my inbox or finish up one more project, but when your day starts with a 5am feeding and ends with another one around 2am, you’re taking advantage of what little sleep you can get.

I quickly shifted my mindset from “take it all on and get it done” to “this is my bandwidth and I have to prioritize” and it’s a mindset I now realize that I should have adopted earlier on.

When you acquire new responsibilities or take on new initiatives, something else will have to be put on hold. If you’re launching a new product, you may have to hire someone to assist with your current ones. If you’re networking within your company to leverage a new role, you may need to assign someone else to take your place in current meetings. It’s not shirking your duties because the fact is, once that product launches or you move into the new role, you’d need those people to do that work anyway. You’re laying the groundwork for your growth.

But many people don’t see it that way. Instead, they’ll skip their morning workout to get their tasks done, work late into the night, or sacrifice time with their families and friends to get everything done. Some will see that as a badge of honor, but I see this as short-sighted.

People say, “Dress for the job you want” but what if you also work for the job you want? When your client list grows, you’re going to need to delegate work and put systems in place to manage the load. What if you delegated and put those systems in place now so you were ready for that growth? If you move into another role within your company, you’re going to need to hire and train someone to fill your shoes. What if that training started now? If you’re writing a book, recording an album, or creating art, you won’t stop at just one. You’ll create more. So are you going to pull all-nighters and put your personal development and family life on hold every time you’re due to create something?

Like all entrepreneurs, I’m a risk taker. I’m known for jumping off cliffs and building my wings on the way down. But I know that many of you are risk-averse, and I know the idea of hiring, growing, and expanding without a “sure thing” can be daunting. So start slowly. Maybe that means hiring a virtual assistant for a few hours a month to help with small tasks. It could mean hiring a house cleaner or lawn service so you can get back a few hours of your day. Maybe it’s automating a process you used to do manually. Whatever small change you can make to save yourself time and give yourself room to grow, make it now. You’ll be glad you did it sooner rather than later.

Have you made this mindset shift? What changes did you make in your career to give yourself room to grow? Share them in the comments!